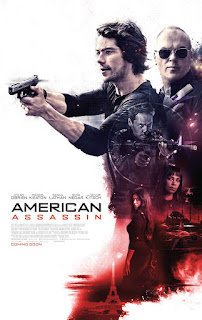 The movie industry has been trying like mad to give the public another spy-franchise for almost two decades now. Three and two-thirds of the five Bourne flicks have been pretty good, but films starring Tom Clancy’s and Clive Cussler’s properties haven’t been able to catch hold long-term, and nothing else series-worthy has really even made it into production (those God-awful Taken movies don't count as "spy" movies, either). American Assassin almost suffered the same fate, as author Vince Flynn's estate was on the verge of regaining the film rights to his Mitch Rapp character, since nothing had been done with it.  The property had been in various stages of development for years, but Lionsgate Studios finally managed to get something done in the nick of time to keep the rights.  Did legal haste make cinematic waste in this case…? 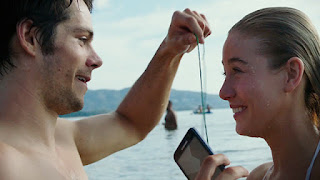 The Maze Runner’s Dylan O’Brien plays Rapp, who proposes to his girlfriend while they’re frolicking on a beach in Spain.  Wouldn’t ya know it, that’s the exact moment a bunch of Islamic terrorists shoot up the beach, leading to some excessively melodramatic moments in which the girlfriend practically dies in Mitch’s embrace.  Eighteen months later, Rapp has become consumed with vengeance against those responsible for her death, and dedicates every waking moment to finding them, infiltrating them, and killing them.  The tragedy changes him from a guy who looks like he just walked off the set of "Teen Wolf" to a guy who looks like he's been living in the woods feeding off grubs and tree bark. Just as he's about to do everything he's been training himself to do, the CIA, led by Deputy Director Irene Kennedy (Sanaa Lathan) intervenes and takes him away.  Although he’s a loose cannon who can't take orders well or work with a team at all, Rapp is placed into a Black Ops program run by prickly Cold War vet Stan Hurley (Michael Keaton), who is prepared to chew up and spit out the new kid.

Though this setup is considerably generic stuff, eventually revealing a scheme to sell some enriched plutonium lifted from an abandoned Russian facility to the highest bidder, as if straight from the playbook of James Bond, it’s the initial character development for Rapp that provides the biggest letdown.  He’s unhinged and out of control, losing his temper and hurting a fellow sparrer at a gym, before negligently wandering in front of bullets at a shooting range.  He’s so focused on his personal vendetta that his own well-being is of no concern; Rapp is the kind of unappealing, unlikely anti-hero who would be dead or behind bars before the film even starts. This is something of a conundrum for a project that tries earnestly to appear serious and severe. 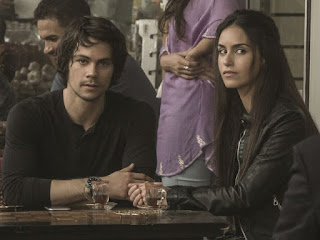 Yet that feigned sincerity is another problem with such a storyline. There’s little levity, virtually no comic relief, and lots of brooding and self-pity.  At times, the film devolves into a mindless actioner, which is perhaps where it is most comfortable, but even when it arranges a bit of commendable suspense, there are other faults that develop.  Most notable is the main villain, who remains a few steps ahead of the protagonists, simply because he’s supposed to.  Then it’s up to Rapp to accidentally save the day – not through impressive investigatory skills or level-headedness, but with the help of pure luck. No one uses intelligence to outmaneuver the opposition; everyone happens upon fortunate scenarios or are given specific opportunities to overcome calamities. “You let emotion cloud your judgment; never ever let it get personal,” orders Michael Keaton’s character, but then Mitch proceeds to conduct himself solely through uncontrollable emotions and deeply personal motivations, for which he realizes haphazard victory after victory. 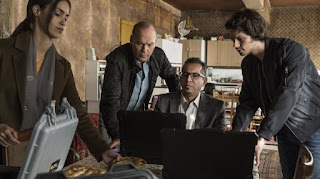 All that having been said, I found the movie watchable primarily because of O’Brien’s and Keaton’s performances.  In his first truly adult role, O'Brien is very watchable, and is even believable at times, but still not TOTALLY believable as a guy who can whup an entire room of trained killers.  But hey, Matt Damon got better as Bourne went along, and O'Brien has the same potential.  Awesome right off the bat is Keaton, of course, going full-on Nicolas Cage-style bonkers as Hurley, who puts Rapp through Hell, takes torture like a man on vacation, and isn't afraid to take a literal bite out of terrorism.  Keaton is having way too much fun for the oh-so serious American Assassin, but his over-the-top portrayal is a welcome breath of fresh air into this stale script. 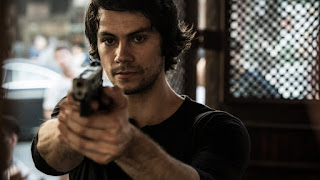 I can’t tell you American Assassin is a good film, but I won’t tell you it’s an awful one, either.  As the ending credits rolled, I told myself that I found it “okay.”  It could certainly have been made better with more time and more money, but ain’t that true of most movies? The excellent writer/ director Ed Zwick left this project early on in development, and I wonder how much better if would’ve been if he’d stayed on.  The film manages to rise above its modest $33 million budget for the most part, but the lack of true tentpole-feature funding starts to show about the time third act begins, as the necessary computer-generated imagery to depict what we’re shown during the climax is very, very below par.

American Assassin has a title befitting of a movie made in the 1990s. Visualize it with an older cast - Steven Seagal starring as the guy taking on some of the worst the world has to offer.  Jon Voight as the CIA director. Ted Levine as the older recruit gone rogue. American Assassin is essentially a 1990s action movie, but devoid of the adrenaline and overall fun factor some of those films carried. Casting the oh-so-young O’Brien in so “serious” a role is meant to accurately portray the character as just-starting-out, and the sequels of which Lionsgate Studios dreams would show him aging and progressing through his career.  Logical thinking, in my opinion - I also hope they find better screenwriters for those sequels, too.
Posted by Larry Smoak at 9:57 PM No comments: